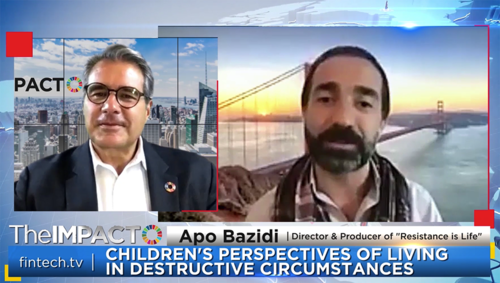 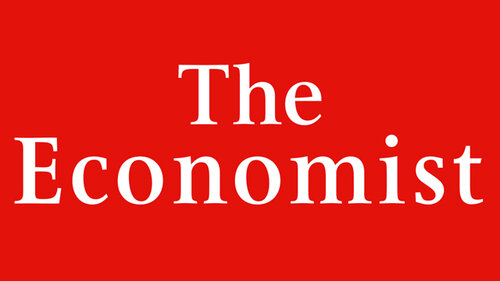 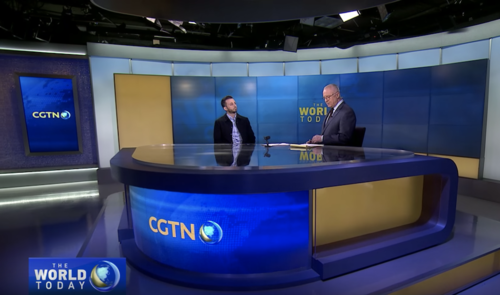 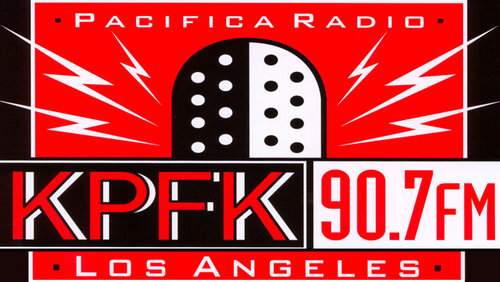 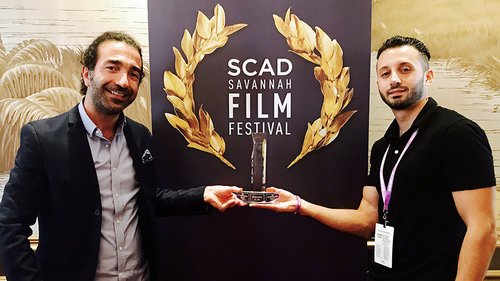 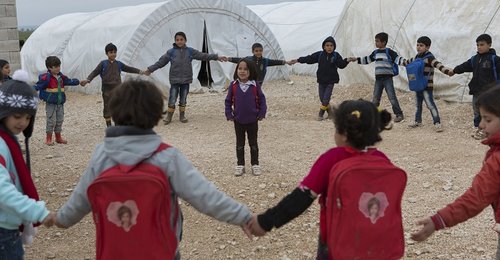 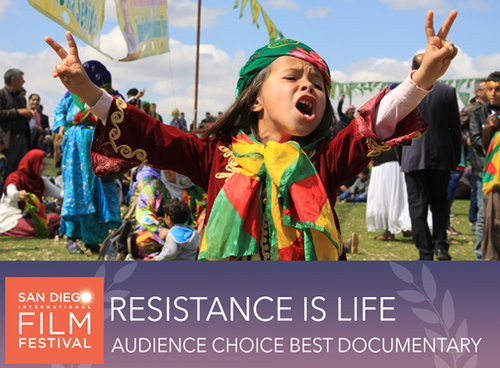 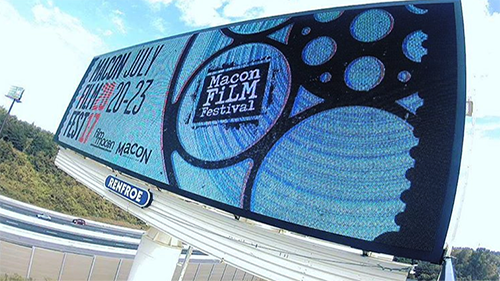 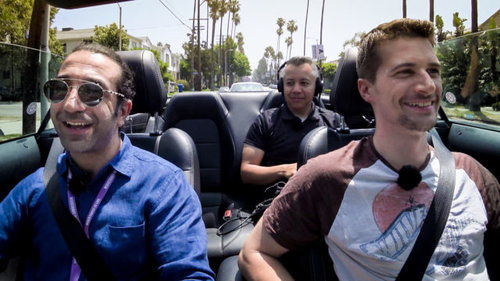 Returning from War to the Real World WITH Apo Bazidi
July 20, 2017 | Cinema5D's On the Go with Fabian Chaundy 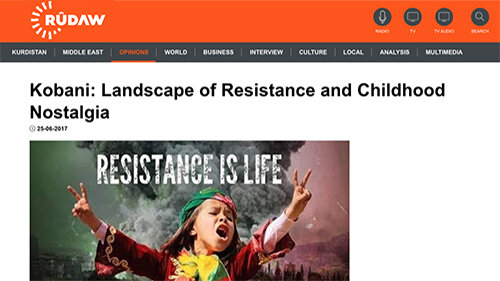 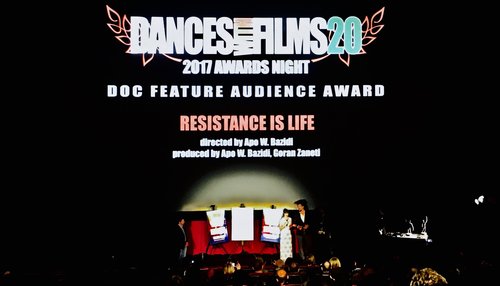 Resistance Is Life is Best Documentary at 20th Annual Dances With Films
June 14, 2017 | Why So Blu? | by Jason Coleman 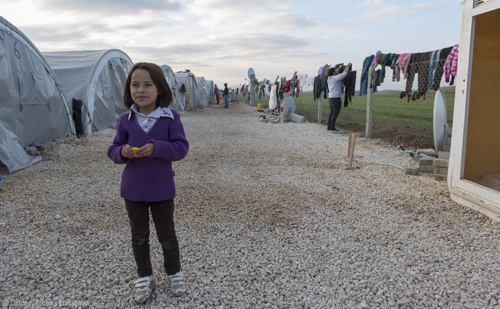 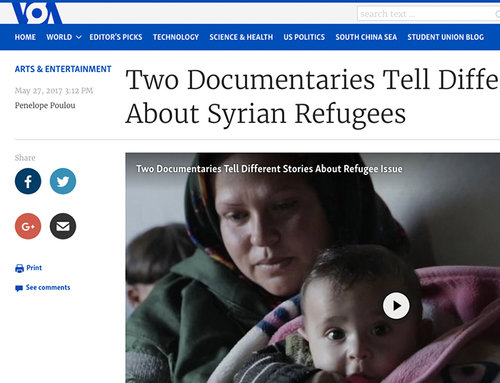 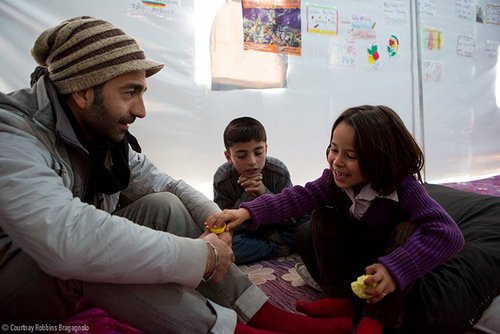 The Fight of the Kurdish People on the Big Screen In Argentina
May 26, 2017 | El Furgón | en Español por Nathalia Benavides 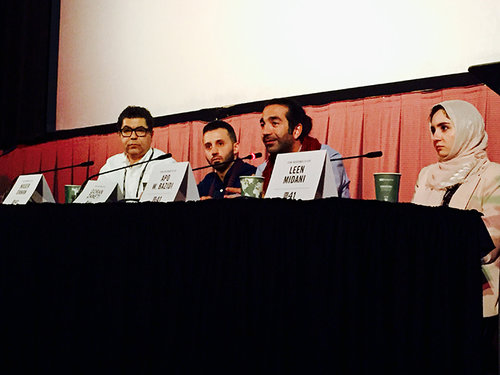 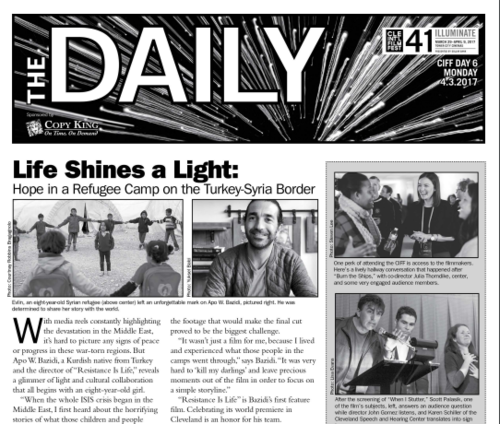 Life Shines A Light: Hope In A Refugee Camp On The Turkey-Syria Border
Apr 3, 2017 | CIFF The Daily | by Amy Brown 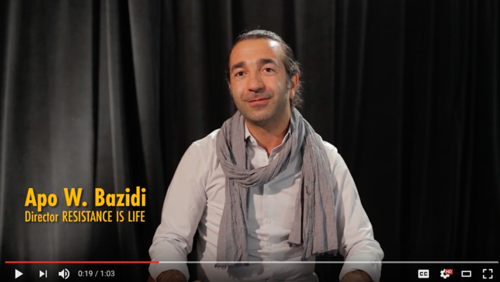 Apo W. Bazidi is an award-winning filmmaker who has been interested in storytelling and writing since he was a child. Apo graduated with a B.A. in Film & Television Production from the University of Southern California in 2011. Apo’s films are primarily concerned with social issues and the importance of global cultural interactions. His works include Homeland, Cab 57, and Evasion. He believes in making a positive change and his motto is “be creative and inspire”.

Goran Zaneti is a writer and contributor to numerous online news publications on topics concerning United States foreign policy and conflicts in the Middle East. He has been featured in publications such as Lebanon's The Daily Star and has been a guest on affiliate stations of NPR and Voice of America. He has made frequent trips to Iraq and Turkey and has been involved in humanitarian projects with non-profit groups in the region. He is a graduate of the prestigious Graduate School of Journalism at UC Berkeley.

Donato Bragagnolo is a documentary filmmaker. In 2011, he graduated from the USC School of Cinematic Arts and has been working in the film industry ever since. Donato is passionate about traveling and capturing the beauty and horror of the world as well as documenting the differences and similarities of other cultures. His documentary credits include Storied Streets, about homelessness in America, and Crossing Over, about transgender women seeking political asylum in the US.

Yuta Okamura is an award-winning filmmaker born and raised in Japan. At the age of the 3, Yuta saw Godzilla for the first time and became fascinated with the magic of cinema. Without access to a camera, he started painting his own one-frame monster films, which later developed into visual storytelling through filmmaking. In 2007, he moved to the United States to study film production at the USC School of Cinematic Arts, earning his BA degree in December 2011. He has been in industry both in Los Angeles and around the world past several years.

Gareth Coker is a composer for film, games, and commercials and has established a foothold in the industry through his writing for a variety of projects. He is noted for creating unique soundscapes in his scores while applying these exotic and unconventional tones in a way that fits the story being told. In 2015, his work helped produce the critically acclaimed soundtrack for Ori and the Blind Forest, which earned several prestigious awards including Academy of Interactive Arts and Sciences award, IGN People's Choice, SXSW Gaming Award and more.

Rustam Vakilov is an up-and-coming visual storytelling director. Prior to filmmaking, Rustam was studying Physics at the most highly rated university in Istanbul, Turkey. His interests shifted from science to art and he moved to Los Angeles where he began a new journey in his life. Rustam was soon accepted to the prestigious USC School of Cinematic Arts majoring in Film Production. Since then, Rustam has directed, produced, edited, and color graded dozens of music videos, commercials, and narrative works for European singers, actors, and artists around the world.

Courtnay Robbins Bragagnolo is a photographer based in Los Angeles. Her primary focus is documenting social and humanitarian issues, working with non-profit organizations to create visually compelling storytelling. Courtnay graduated with a BFA in Photography from the California Institute of the Arts. Her photography has been published both locally and internationally, most notably in TEMA magazine.